Maximum Penalty: up to 364 days incarceration, up to a maximum $5,000 fine and 2 years probation

Officer V's report indicated that the defendant appeared calm and complied with Officer V's instructions to speak with him in the living room while Deputy B spoke with the other party in another area. The defendant's attempt to light his cigarette and then his instinctive response to reach for the cigarette as it was ripped from his mouth caused no delay in the ability of Officer V to speak with him.  The State had the burden to prove that the defendant's actions were 1) willful and 2) hindered, delayed, or obstructed a law enforcement officer.  The facts must be sufficient to support a prima facie finding for each element of the crime charged.  In cases where the charge of obstruction was found sufficient, defendants either provided false information, repeatedly ignored officers' commands, attempted to flee the area and/or challenged an officers authority.

Legal Issue Raised:  Attorney Pewitt moved the court for an order of dismissal due to insufficiency of evidence as a matter of law to support a conviction for obstruction.  The motion was based upon the Fourth Amendment of the United States Constitution, Article I, Section 7 of the Washington State Constitution, CrRLJ Rules 3.5 and 3.6, State v. Knapstad, 107 Wn.2d 346, 729 P.2d 48 (1986) 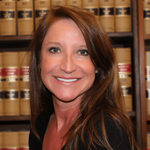