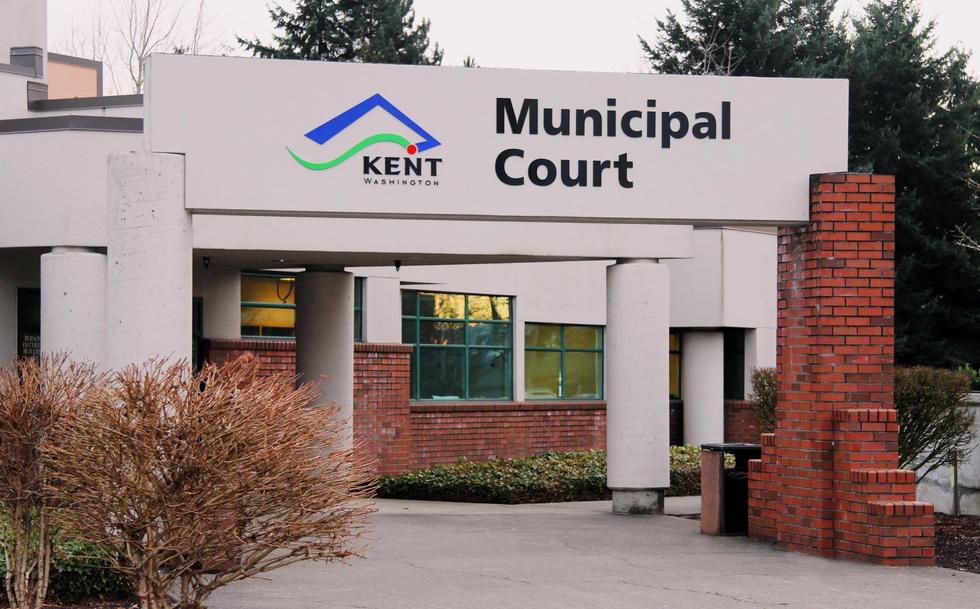 Judge Karli Kristine Jorgensen  was appointed to Kent's Municipal Court bench following the departure of Judge Robert McSeveney. She served as Kent's primary Judge Pro-Tem since 1996 and brought to our bench over 19 years of experience with King County District Court and numerous municipal courts. Judge Jorgensen received a Master's Degree in Public Administration from Seattle University and holds a Juris Doctor degree from the University of Washington. She has served as a prosecuting attorney for King County, the cities of Bellevue, Issaquah and Snoqualmie. While a partner in private practice, she also specialized in criminal defense and family law.

Judge Glenn M. Phillips has 28 years of judicial experience as a Magistrate, Judge Pro-Tem, Court Commissioner and Judge.He has served as a judicial officer for the Kent Municipal Court since 1994 – initially as a Court Commissioner and then as a Judge since June of 2002. Judge Phillips graduated from the University of Evansville, Indiana in 1976 with a BS in Law Enforcement. In 1981, after completing service in the U.S. Air Force, he graduated with honors from Gonzaga University School of Law. Dedicated to the improvement of the judiciary in Washington, Judge Phillips served on the District and Municipal Court Judge's Association Board of Governors for eight years and was elected as the Association's President for 2009-2010. Judge Phillips is also a periodic faculty member for the Washington State Judicial College.

Conditions of Release for DUI Cases: In many courts, such as Kent Municipal Court, if there are no aggravating circumstances or prior DUI convictions, most prosecutors will ask the judge to impose "standard DUI conditions" such a no driving without license and insurance, commit no criminal law violations, and do not refuse a breath test. However, if there are aggravating circumstances such as an accident, a minor in the vehicle, a high breath test or a prior DUI conviction, prosecutors routinely request additional conditions such as bail, no driving without an ignition interlock on the vehicle, and in some situations, have an alcohol detection device installed in their home and be on house arrest. It is not uncommon for judges to impose some of these restrictions, even on first offense DUIs.

Because the imposition of bail and conditions such as installation of ignition interlock, SCRAM bracelets and/or pretrial home detention are common, those arrested for DUI in Kent should be consulting with an experienced Kent DUI Lawyer as soon as possible. Attorneys who practice DUI defense in Kent Municipal Court know that it is essential to anticipate what types of conditions of release the Prosecutor may seek and be prepared to address the judge's concerns. Anticipating and addressing the court's concerns often can be the difference between imposition of large bail and/or home detention and a release on your personal recognizance (or your promise to appear).

At the pretrial hearing, your Kent DUI attorney will negotiate with the prosecutor. DUI negotiations can mean anything from a reduction in the charge, to a dismissal, to the prosecutor saying that no offer will be made. DUI reductions are typically made because of both evidential problems (i.e. the prosecutor may have a tough time proving the case) and equitable reasons (person with no criminal history and a low breath test).  Most cases have several PTR's before they are resolved or set for trial. Pre-trial hearings generally occur 4-5 weeks apart. If a good offer is presented by the Deputy Prosecuting Attorney, the case can be disposed of by a plea deal (plea bargain) at a PTR. During this process, your defense attorney will be investigating your case and obtaining police reports, medical records, interviews from witnesses, victims, experts and law enforcement as well as any other evidence related to your case.

It is not uncommon for there to be more than one DUI pretrial hearing at Kent Municipal Court. This occurs when the attorney asks for a continuance of the hearing. For a continuance to occur, you (the defendant) must waive your right to a trial within 90 days of your first court appearance.  If the case is not resolved after a few pre-trial hearings, the court will often pressure the parties to conclude the case with a plea deal or go to trial. If your case is not resolved at the pretrial, then it can be set on for a jury trial. Often there is a pre-trial motion hearing before the DUI trial.

Pretrial Motions: A motion hearing is often a testimonial hearing. At a motion hearing the facts and the legal issues are presented for purposes of determining their admissibility at trial. This is a good time to hear the evidence that the arresting police officers or any other witnesses will be offering. DUI substantive legal motions at Kent Municipal Court are set at the pretrial hearing stage. There are numerous pretrial motions that can have a significant impact on your defense – or even result in the dismissal of your case. A few common ones include motions to challenge probable cause (PC) for the stop or arrest, to challenge admissibility of statements made by the police, witnesses or defendant, motions to compel or limit discovery and motions to dismissed based on insufficient evidence. Pretrial motions require extensive legal briefing and strategic planning to be successful.

Readiness Hearings: When a case is set for trial in Kent Municipal Court, the defendant is provided with both a trial date and a readiness date. The readiness date is normally set 4-12 days prior to the actual trial date. At the readiness hearing, parties will either confirm the pre-set trial date, resolve the case by way of an agreed disposition, continue the trial date for a variety of reasons, or set a new date for disposition of some other motion.

DUI Trial at Kent Municipal Court You may choose to go to trial in the event the prosecution has not offered an agreeable plea deal, or if a conviction would be unacceptable or especially damaging to your career or personal life.  Your Kent DUI case will be set for trial for a specific date. You will need to show up on this date. Once you start your Kent DUI trial, if there is a breath or blood test in your case and if motions have not been heard, it is not uncommon for these trials to take 2-3 days once you begin. If there is no breath or blood test in your Kent DUI and limited motions, then trial will typically take 1-2 days. You will need to be present for the entirety of the trial.

If you have questions about your Kent Municipal Court DUI charge or need help with your case, please contact Pewitt Law, PLLC.   Attorney Sheri Pewitt, is a criminal defense attorney with an emphasis in DUI and criminal traffic law.